Suggestions for making a Workshop or Concert Performance Video


As explained here, we are accepting You Tube videos for the Virtual Concert night and (static, 'canned' so to speak) workshops.  You make a video, put it up on YouTube and then send us the YouTube link "URL".  Please send concert videos to concertvideo2020@squeeze-in.org and static workshop videos to staticworkshops2020@squeeze-in.org.  Submissions deadline is September 10th!

Your You Tube should have
We want to hear your music, to host your concert performance and workshop videos.  The video doesn't need to be a polished production, but....if you are interested, here are some ways to improve the presentation of your videos.

Setting up your equipment

Once you figure out how you want to make the video, arrange things so you can set up everything easily and right when you decide to video.  For instance, do you have a way to quickly set up your camera/smartphone/tablet and get the camera angle right? There are inexpensive adjustable holders for your smartphone or tablet


Getting comfortable with video

Above all, have fun...this is an adventure


Spiffing up your video


Once you've got some video "in the can" of you making beautiful music and having fun, you might want to polish it up a bit by:
You don't have to do this, but if you want to polish it up,  you need to get a simple video editor to finish or produce your video.  Hey, you can be a producer, just like Spielberg!

Video editors are available free and can be relatively simple to use; think of it like a word processor, but a video processor instead

I started with raw video footage (chippage?) and did the steps above.  Only then did I upload it to You Tube.

Remember this is easy stuff... nothing's going to break.  With digital you can make plenty passes until you're satisfied.  Just make sure that:

Again, start early and play with the editor.  It won't bite you, and because you saved that copy of the raw video and your work at successive stages, you can always go back to the last stage instead of starting all over again

Getting a free video editor

I use a PC and an archaic Windows free video editor called MovieMaker. A free download of an updated version (for Windows 10 and DirectX 9) is available free from the Microsoft Store

There's an earlier version here for Windows 7,8,8.1,XP.  Moviemaker 2020.  This is probably what I've been using for the last couple of years

I make no representation for the safety of its download, though such is generally safe.

Apple people may wish to suggest video editors for their OS, though I suggest such be simple and free.


You use a video editors in this way:
You are saving three things:


So as you go along,


A  caution: video editors generally come with a a lot of whiz-bang effects that are over the top (and can make you look like an idiot if you indulge, like writing a letter with twenty different fonts).

What you need to do is to not be distracted by the bells and whistles and Just Learn the Basics which are:
That's it.

General points:
Make it fun, and work with other squeezers; learn and share from each other.

Some advice and requirements for your video submission


Whether you are making a static video workshop or a concert video, you should look at this sample page
https://www.squeeze-in.org/VNESI-2020Concert2Intro.html
Yes, I know it's for the concert, but the static workshop video will be similarly displayed.

Some things to think about:

Please beg, borrow or steal a device that will do sharp, preferably high resolution.  Yes, the sound comes first, but think about the quality of the image too..  It's a pity when you've made your made your video and the image is so blurry you can hardly make out what's happening, worse if you assembled a bunch of people for your piece and you can't hardly recognize them in the video..  As I try to suggest in here, try stuff first!  Pick your venue, figure out lighting, camera angles, all that good stuff.....but then shoot some video with someone clowning around where you're going to be making the video and see if that looks (and sounds) good.

The "thumbnail" image for your video on the webpage. 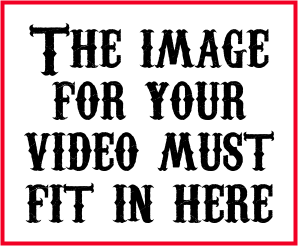 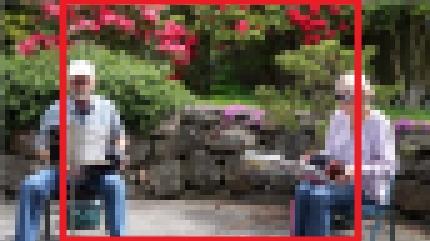 Each video will get a thumbnail picture just as you see on the web page, a little wider than square (actually 293 pixels wide by 241 high, a 4 by 3 ratio, etc.): an image that presents your video. It is in the bounding box proportion shown at the left.

With a physical performance I'd have taken a picture like I did in the sample concert page, cropped it and dropped it in place.  BUT...videos are usually a super-wide landscape rectangle almost twice as wide as it is tall.    If the video is of a single person, with maybe a cat wandering in or even two players (side by side), I can do a screen capture from the video that will give me what I need.  But if the video is of a duet or trio spaced apart, I have the problem that I can't grab the image, without something like this on the right happening.  In this example, the musicians are beautifully distanced for covid, but not for the image I need. 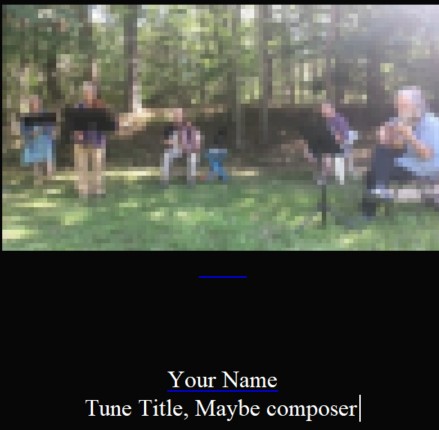 A group or one of those Zoom mosaics (of each person in their own little square) also causes problems, since there's no way to crop out an image that does leave a lot of people out.  Of course, I could just stick the whole superwide video image into the bounding box which looks like this on the right, but this leaves empty black space below the full  width video rectangle.

So Please! Unless you are doing a solo act, send me a thumbnail of your own creation that just fits the place where an image goes for your concert or static workshop pieces.  If you can come close to 293x241 pixels...or 586x482 pixels...or 1"wide by a little over 3/4" high....or 4" wide by 3".....a 4 wide by 3 high ratio....that'd be just dandy.  You may wish to send me a thumbnail even if you're doing a solo video where I might do a screen-capture just fine....because you want that image to be just so.  I want you to be presented the way you want and looking good.

So your choice: I either

You get two lines with 35 characters on each line.  Standard format is your name or the name of the group on the top line, tune title and maybe the composer on the second.  That's it.  If you want to list the participants, do it in the descriptive text for the video on the video hosting site (like YouTube), ditto for anything else like the arranger and the person that brought donuts.  And no, you cannot use the black space under a full width video rectangle for more text.

So!  You are warned and informed.  Go out and knock us dead with your video.